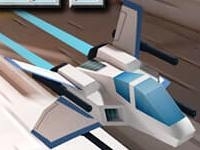 82%
Instructions
How to Play?

Avoid obstacles and take out the turrets in this space simulation game. As the nation's star cadet, fly your fighter ship deep into the enemy trench, disable enemy laser gates and hunt the boss. It's up to you to win this space war! Stay on course, don't crash, and use your intuition! Features: - Highly repetitive five star gameplay. Every round is different - Exciting boss fights. Earn your stars and stripes. - Mobile and desktop friendly controls Play X Trench Run game at no cost at friv1000.com. We provide the best way to keep playing for free. X Trench Run is one of our amazing Friv 1000 games.

Use Left Mouse button to Play